Teambuilding For A Better Environment– Collecting Litter
We’ve all heard about the dangers of littering – despite the fact that this message is told to us constantly, many people still disregard the warnings and choose to throw away their rubbish nonchalantly, without any second thought about the negative impact it could have on the environment. Not only does it ruin the appearance of public spaces, but people often don’t realize that this rubbish can make its way into parks, beaches, rivers, and canals where it is extremely dangerous to the plants and animals that live in these areas. Although collecting litter may not sound like a way you want to spend the afternoon, this team building Bangkok event is a rewarding and engaging teambuilding activity.

If you’re looking for team building activities in Bangkok to help the environment, our litter collecting event is perfect for you!

For this teambuilding event, your team will separate into groups and to collect litter. This is a great way to promote a socially responsible and environmentally-friendly company culture. It is also a good team building idea to get out of the office and spend some time outdoors in Bangkok or Pattaya. To make things more interesting, we can also introduce some healthy competition into the teambuilding activity where groups will compete to see who can collect the most litter. This is a fantastic team building opportunity that is available in Bangkok or Pattaya – work together with your team to give back to the local community by helping to clear the streets of unsightly and dangerous litter! 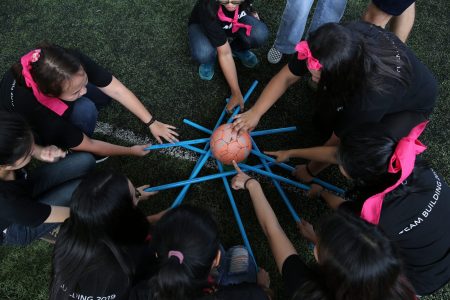